This was our first adventure with Naturetrek... an adventure into the Brazilian Pantanal to see jaguars along with a wealth of other wildlife.

The jaguar is said to be one of the most elusive and difficult of South America's mammals to find, but the odds of finding one can be reduced by taking boat excursions deep into their riverbank forest territories in the Brazilian Pantanal. The Pantanal boasts habituated jaguars which have been watched by wildlife researchers & tourists for many years.

The Pantanal is rich with other wildlife too including giant river otter, caiman, tapir, giant anteater, capybara and abundant waterbirds.

Would Naturetrek be able to deliver the goods... read on to find out!

If you want to skip ahead to the trip report the links are at the bottom of this page.

Where's the Pantanal? The Pantanal is a region encompassing the world's largest tropical wetland area. It is located mostly within the Brazilian state of Mato Grosso do Sul, but it extends into Mato Grosso and portions of Bolivia and Paraguay (see the pin on the map below). 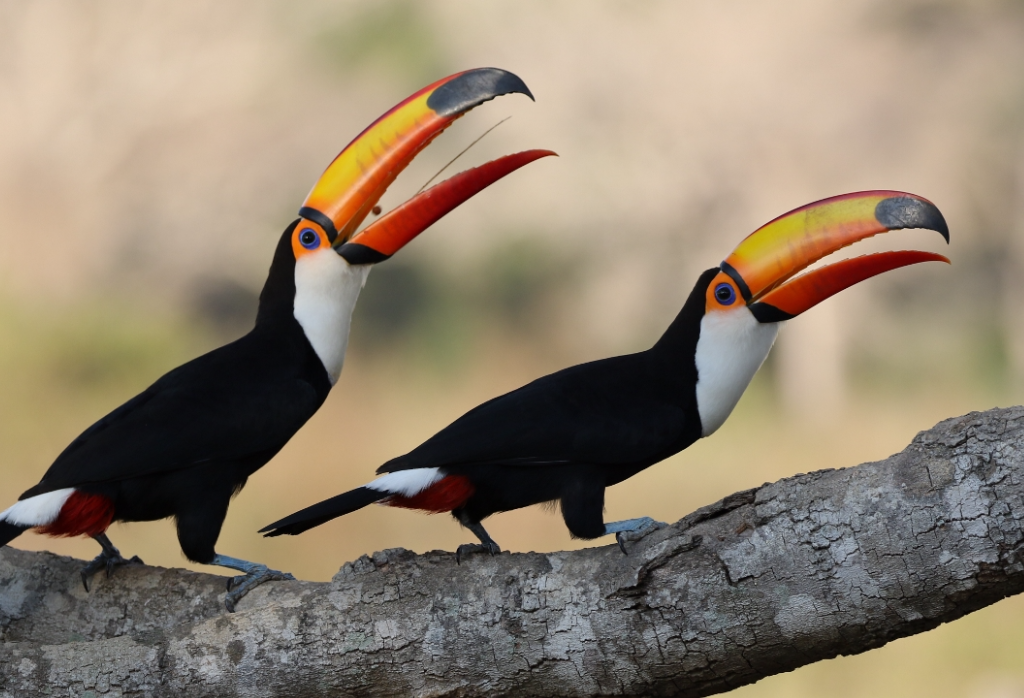 Our adventure started in London flying, via São Paulo, to Cuiabá in central Brazil. From here we travelled in a mini-bus and then a custom-built safari truck following the Transpantaneira road to Pouso Alegre where we stayed for two nights.

From Pouso Alegre we travelled south along the Transpantaneira Road to Porto Jofre, again in the custom-built safari truck. Upon reaching Porto Jofre, we took to the water and cruised for 15 kilometres upriver to the Jaguar Flotel (a floating hotel) where we were based for four nights. We followed a routine of morning and afternoon boat safaris to explore the Cuiabá, Three Brothers and Piquiri Rivers.

Returning to Porto Jofre we reboarded our safari truck and retraced our steps along the dusty Transpantaneira road to our final destination, the SouthWild Pantanal Lodge, where we spent three nights.

We then returned to Cuiabá to begin the long journey back to London. 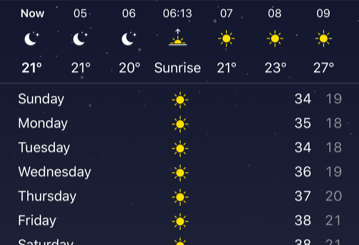 The Pantanal’s dry season runs from May to September. The main jaguar viewing season runs from June to September (June to August being the driest months) when the water has receded and the wildlife is attracted to the waterways. The best birding time is July to September. During June you are more likely to encounter a cold front coming up from Patagonia (jaguar viewings can reduce as they don’t like the cold) and from August onwards the temperatures increase dramatically making it uncomfortable out on the boats when sat out exposed to the sun. From September the chances of rain increases which will also increase the number of biting insects!

We visited the last week of July, first week of August and the weather was perfect. We had no rain during our time in the Pantanal and the midday temperatures were bearable (still hot though!) There were still a few mosquitoes around but not many, with hardly any seen in our room at night time.

We took both the 7D Mark IIs with the 100-400mm lenses Mark IIs (Alan used the 1.4 extender Mark III with his camera & lens). We also took the 7D Mark I with the 15-85mm lens for landscape photos & close wildlife. We took along the monopd but didn't use it.

We used dry bags to protect our cameras & lenses from dust on the Transpantaneira Road & water splashes on the boat rides. These were quick & easy to pull the cameras out of to capture those wildlife moments you just have to be ready for!!

This was a 12 day tour which included two overnight flights, so 9 nights in accommodation.

There were 6 guests on our tour, a mother & daughter, 2 single travellers and us (age range 23 to 63) - I had read other people's trip reports before going on this tour and group sizes averaged around 10, with one having 13 people on it.

Our tour leader guide was Naun Amable Silva - Naun was a really good guide with an excellent knowledge of birds & the other Pantanal wildlife. He balanced his time between tour guests and made himself available for questions in between boat, walks & safari drives, eating with or near the group. A keen photographer himself, he was willing to share tips on camera settings to help those of us with DSLRs.

The lodges were all of an acceptable standard, the first, Pouso Alegre, being the most basic (no mosquito nets, but the room did have air conditioning). The best accommodation was the Jaguar Flotel. All rooms had power points (Brazilian three pin) however none of our power points at Pouso Alegre worked, so we charged our batteries in the dining room. The other two lodges provided adaptors which worked with European & North American plugs. Power was provided 24 hours at all lodges. If you can get hold of a three pin Type N adaptor this was the type of socket in all rooms, but two pin (plug type C) should also work in the three pin sockets. Note, type E & F two pin adaptors may be two thick to fit in the narrow pin holes!

The food was pretty basic at all lodges – buffet style with limited choices, one or two meat dishes, fresh vegetables, potatoes, rice & beans. Perfectly edible just nothing to write home about... having said that all the fresh air certainly gave me a good appetite and I did enjoy eating it!

All lodge rooms had en-suite toilets & showers and as with most places we have stayed in South America (wildlife destinations that is) you could not flush used toilet roll, it had to be placed in a bin next to the toilet.

Wildlife viewing was mostly done from a safari vehicle with open sides & by boat, with three guided walks (one at the first lodge & two at the last lodge). All wildlife viewing from the Jaguar Flotel was done via boat. As a small group wildlife viewing from the safari vehicle & Flotel boat was good, with plenty of room to spread out and get out of each other’s way. The boat from the last lodge was a bit small so photography wasn’t so easy especially if not sat at the front. The group did rotate positions, so we all got our fair share of the best seats. Had we been a large group and the boats & safari vehicles had been full I think photography would have been more difficult (with the rocking that is caused by multiple people moving around).

Wildlife viewing was the top priority each day, with little time for relaxing… not a problem for us at all as that’s what we wanted, however, if you’re expecting a similar experience to a safari in Africa (with the middle of the day free for working on your tan by the pool) then this tour probably isn’t for you. The longest break between wildlife viewing we had during the day was 3 hours which included time for lunch. We certainly made the most of all the available time to watch the Pantanal wildlife during the tour.

The instructions provided by Naturetrek for our flights & transfers were good and everything went smoothly. One of our group member’s bags didn’t arrive at Cuibia airport (she & her daughter had flown in to join the tour from Rio), Naun made arrangements for the bag to be brought to the lodge the following day so she only went without her luggage for 24 hours. If you are travelling with another person top tip is split your clothing between bags so you each have some clean clothes to change into should one of your bags get delayed.

Note: the airlines used for the tour have very small weight limits for hand luggage – we spoke to Naturetrek about this and they advised us it hadn’t been a problem for clients in the past and indeed we packed like we would normally (our 2 DSLRs & telephoto lenses in one bag) and it wasn’t a problem (they didn’t weigh the bags or look twice at them).

Overall the tour was well organised, the guide really good, the accommodation as described and the wildlife viewing excellent.

Some wildlife trips take a bit more planning than just throwing your usual travel gear into your bags… consideration has to be given to the likely temperatures and hazards you might encounter.

This trip into the Pantanal probably took a bit more planning than say for a safari in Africa because for the most part, the majority of wildlife viewing on a standard African safari is done from your vehicle and during daylight hours. However, our Pantanal adventure involved day and night time trips out. This needed a bit more preparation!

Once upon a time you would never have seen us in ‘safari gear’ clothing… but fast forward several years I wouldn’t be without it! It’s important to try not to frighten wildlife away by wearing brightly coloured clothing, so muted natural tones are good, dull greens and earthy colours work great for ‘blending in’ and keeping you cool.

Purpose designed clothes like Craghopper’s NosiLife clothing comes in natural colours and has insect-repellent treatment permanently woven into the fabric helping protect against biting insects. We also treated our Nosilife & non-Nosilife trousers with Sawyer Premium Clothing Insect Repellent with Permethrin which lasts up to 42 days or six washings – helping protect us against ticks too!

Being out on the boats fully exposed to the heat of the sun it was important to keep ourselves protected from those hot rays, so we wore high factor sun cream, factor 50 (with insect repellent), long sleeved shirts and a wide brimmed hats (with a drawcord to stop it blowing off!)

In the evening when we used the Ocelot hide I wore a head net over my hat to help reduce the number of insects buzzing around my face and also used insect repellent wipes on our exposed skin, face, hands and ankles (just in case our trousers lifted up slightly!)

In our rooms we used battery powered mosquito killers either side of the bed and a mosquito net.

Click or tap the links below to read our trip report, view a small selection of our 10,000 photos (yes we shot 10,413 photos!) and watch a few videos from this awesome wildlife adventure! 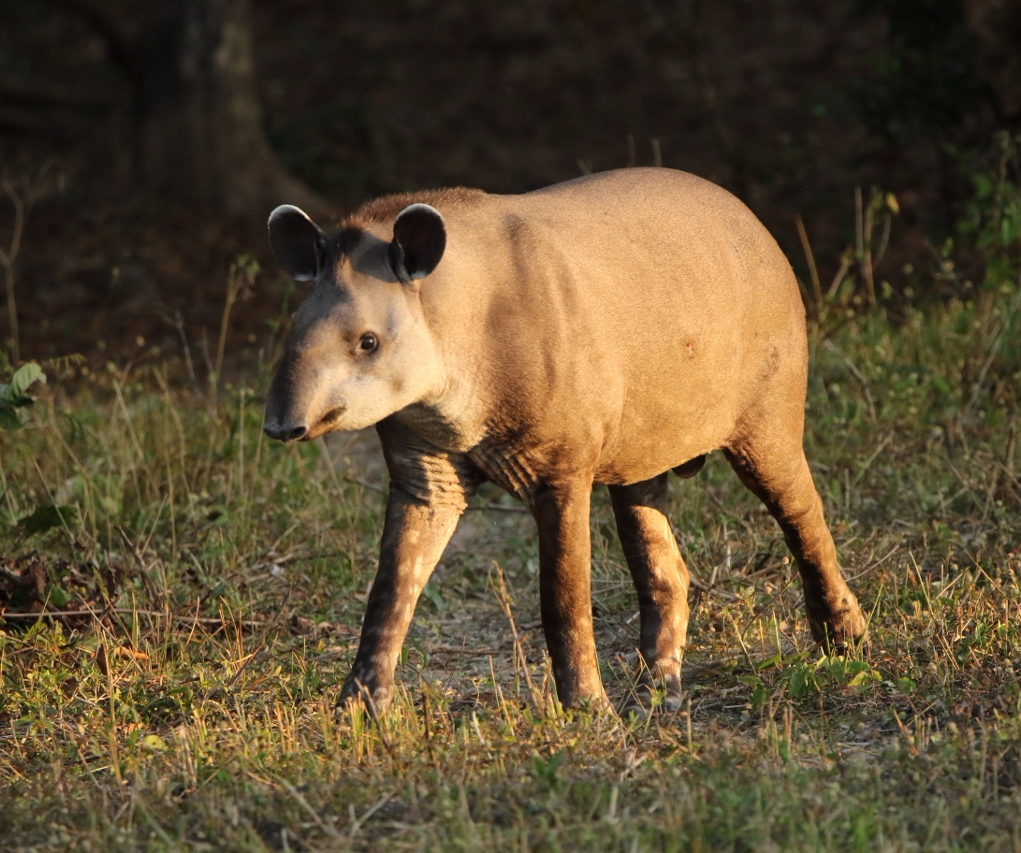 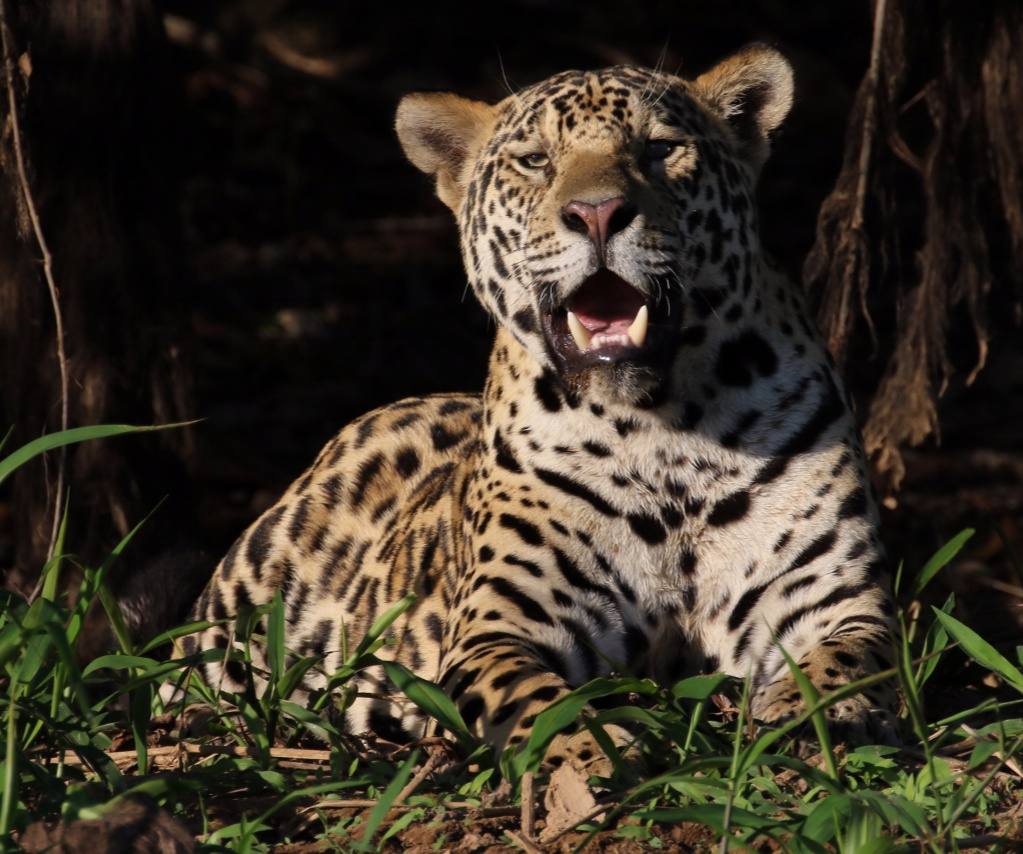 Day 4 continued as we travel on to the Jaguar Flotel. Highlights included giant river otters and of course jaguars! 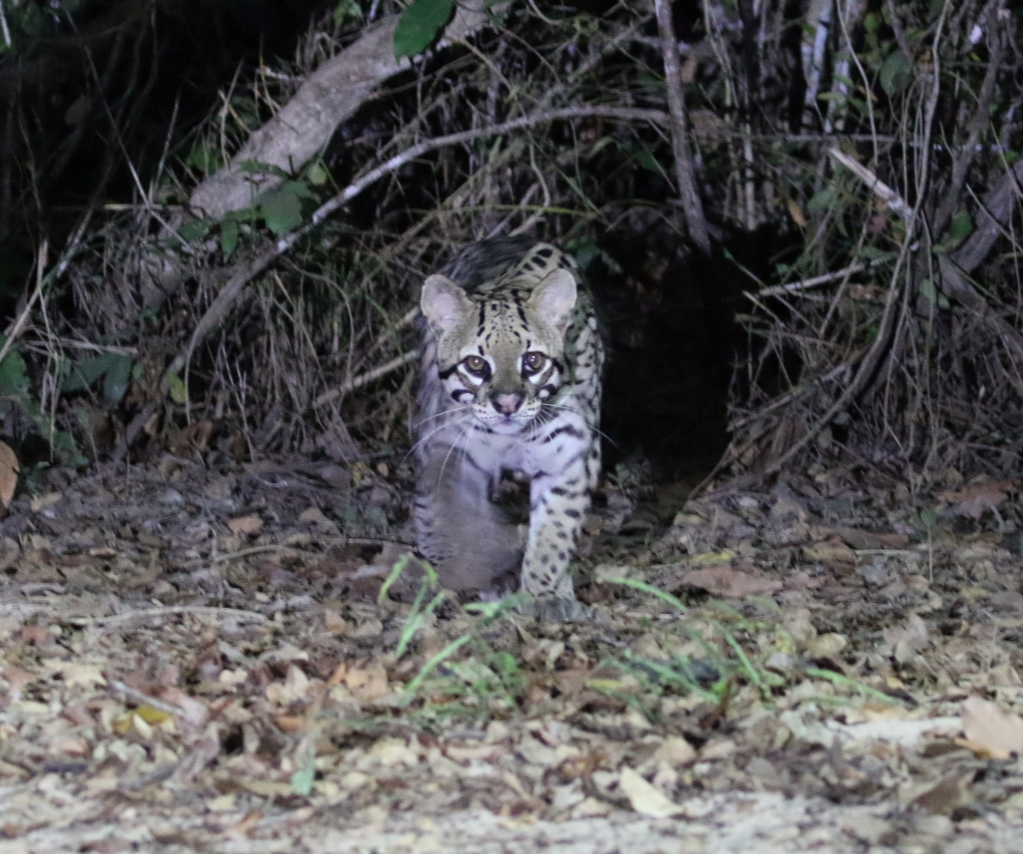 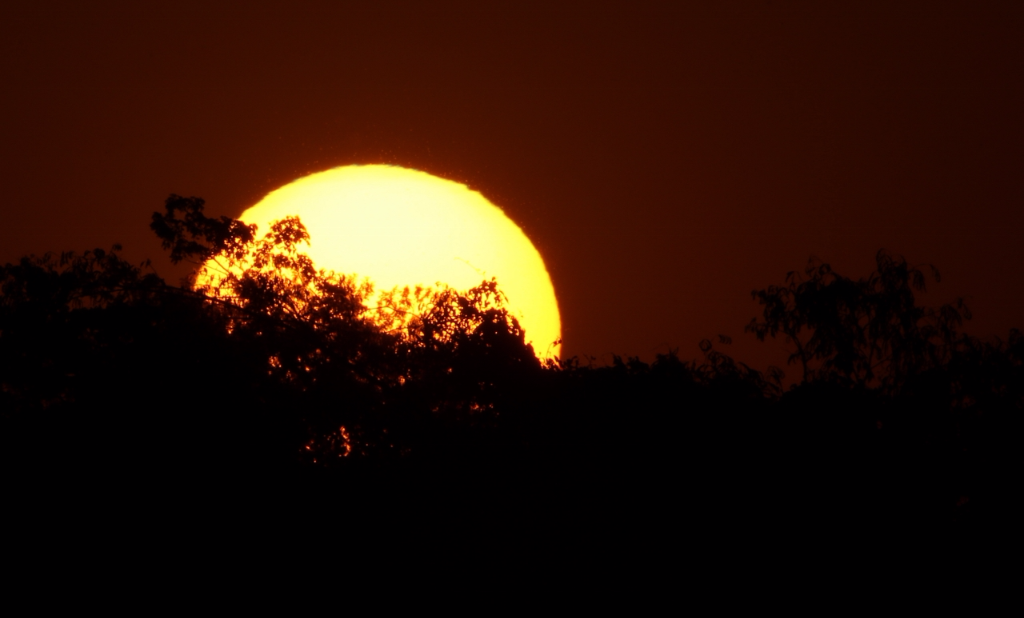 If you have any questions about our jaguar adventure or just want to say hi, please visit our contact page... please remember we are not a travel agent, we can only tell you what our trip was like, we can't arrange a trip for you (you'd be surprsied the number of people who contact us expecting us to arrange their trips for them!)