No surprises another day filled with polar bears! For our morning walk we went out to the edge of Hudson Bay stopping for a couple of bears on the way and then onto the ice and back around to the lodge for lunch.

There was a cute young bear hanging around the fence of the lodge and I managed to grab a few shots of it before it was forced to move on by a larger bear.

After lunch the Girls decided they were going to the Mall for the afternoon on a shopping expedition… in other words sitting in the lounge gossiping! Meanwhile, we more hardy fellows set out again for another afternoon of bear viewing.

As we left the compound with Terry and Josh guiding as usual, we saw two males had set up in the snow day beds either side of the driveway to the lodge. We detoured a little round them but they showed little interest in us, and then noticed a large male walking off down the bank towards the shore.

As we approached that location, I spotted a red fox, and we stopped to watch him do a bit of hunting, jumping into snow drifts without success. We had maybe been a bit distracted by the fox as no one noticed the male bear had come back up the slope when he appeared through the brush. Terry and Josh got his attention as we were maybe a little too close, and the bear walked round us.

Terry jokingly told him to sit down, then to lie down… and to our amusement he complied right away!

Another male had walked out onto the runway; maybe 50 metres away and our bear decided it was time for some sparing. After a bit of reluctance, the other joined in, and we spent a good while watching a photographing them (although the light was pretty bad). They brought their sparring match up close and personal to us at one stage, (so close I could not photograph them – paced out after at about 12 metres!!) which again we responded to by moving putting a little more distance between them and us.

Eventually they got tired, separated and moved away. So we continued down onto the shore, spotting lots of other bears at varying distances. The Red Fox had worked his way toward a very large male, sitting in the grass. The fox was focused on a raven, and got the fright of its life when it looked up, to find itself almost nose to nose with the bear!

We spent a while photographing this bear then return to the lodge. We did spot the sparring pair on the edge of one of the frozen ponds and hoped they might treat us to a figure skating ice dance type of session but alas, the smaller bear was not in the mood and moved off when challenged.

Back at the lodge we checked the girls had not spent too much whilst unsupervised and then prepared for dinner.

When Alan and the rest of the group arrived back from their exciting afternoon they were welcomed by polar bear hot chocolates! Bob made us laugh by turning two of the hot chocolates to face one another so they could play fight!

Hors d’oeuvres were served in the other half of the group’s building, followed by dinner and another presentation this time by Josh on lodge logistics. 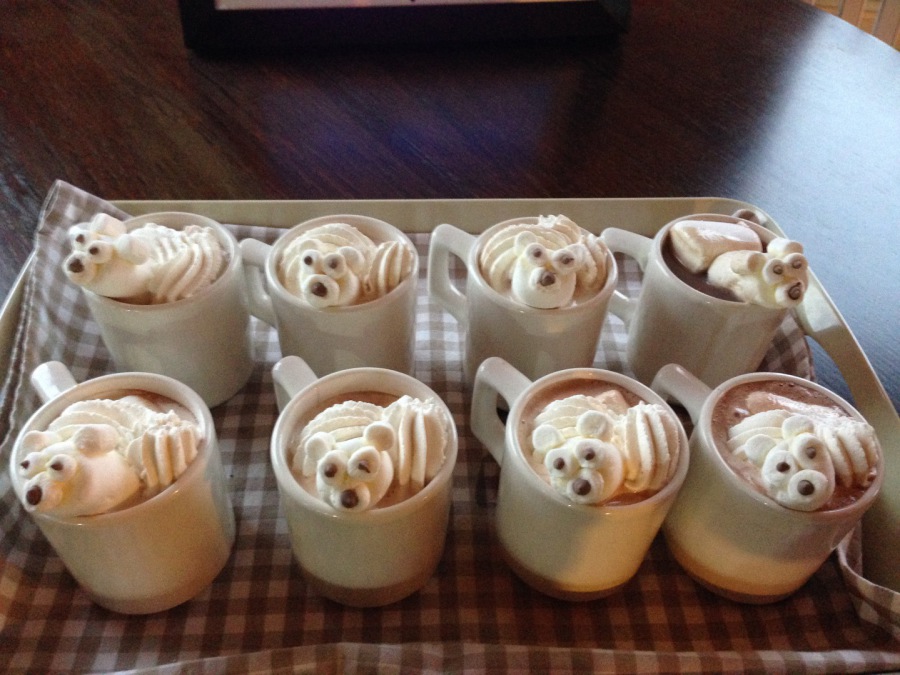 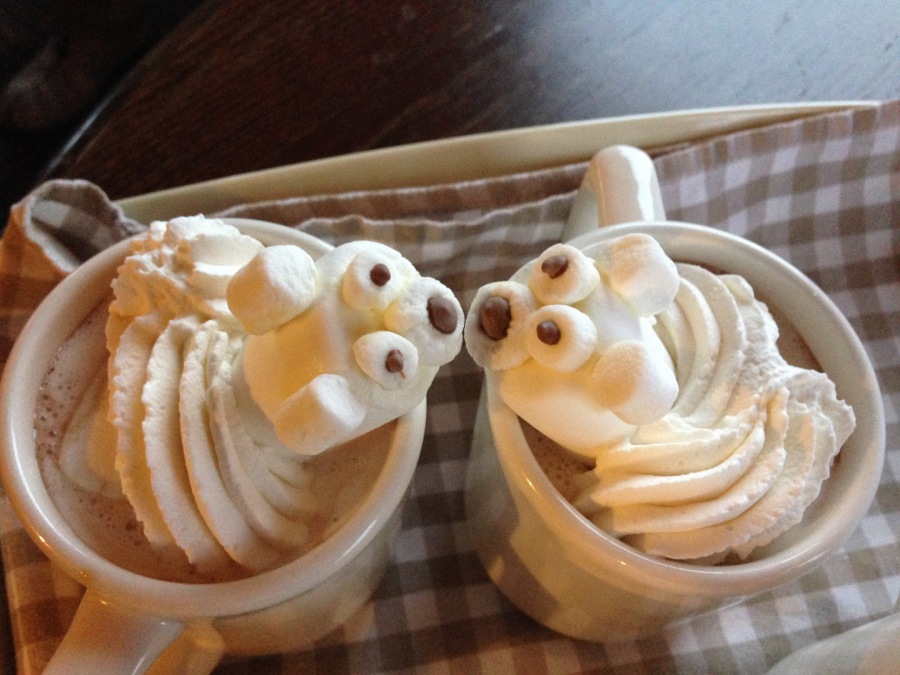